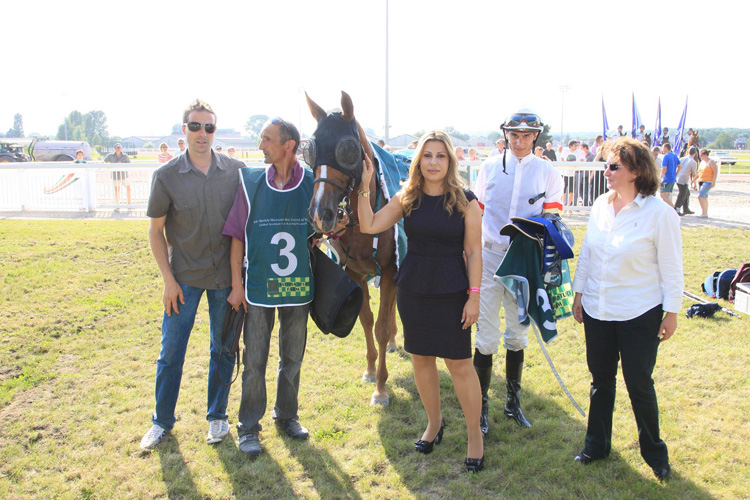 Voyou de Faust, the Miss Tarrou runner under jockey Roberto-Carlos Montenegro is fresh from a win over 2100 metres and finished ahead of Athlete Del Sol, Lillij Ann and Gazel T, all four back in the fray for Sunday’s race.

Pentagon, Chimco D.A, Nil Ashal, No Problem Al Maury, Shaker, Voltan D.A and Vulkain D’Albret are the other runners that will be battling for a slice of the Euros 20,000 on offer at the Ostend racetrack.

The President of the Arabian Horse Racing Club of Belgium (AHRCB) Nelly Philippot-Hermanne said, “The Sheikh Zayed bin Sultan Al Nahyan Cup is one of the three most important races for this year and with the Grandstand now completed at Ostend Racetrack we are looking forward to a great race on Sunday.”

Commenting on the Belgian leg of the HH Sheikh Mansoor Festival, HE Mubarak Al Muhairi, Director General, Abu Dhabi Tourism & Culture Authority said, “The fact that we have now decided to stage theSheikh Zayed bin Sultan Al Nahyan Cup is in itself a reflection of our backing to the Belgian Arabian racing.”

Ms Lara Sawaya, Director of HH Sheikh Mansoor Bin Zayed Al Nahyan Global Arabian Horse Flat Racing Festival and Head of International Federation of Arabian Horse Racing Authorities (IFAHR) Ladies said, “Last year’s Wathba Stud Farm Cup race was such a huge success and this year with the quality of entries, we are sure to have another exciting race on Sunday.”

12 in fray for Wathba Cup in Colorado