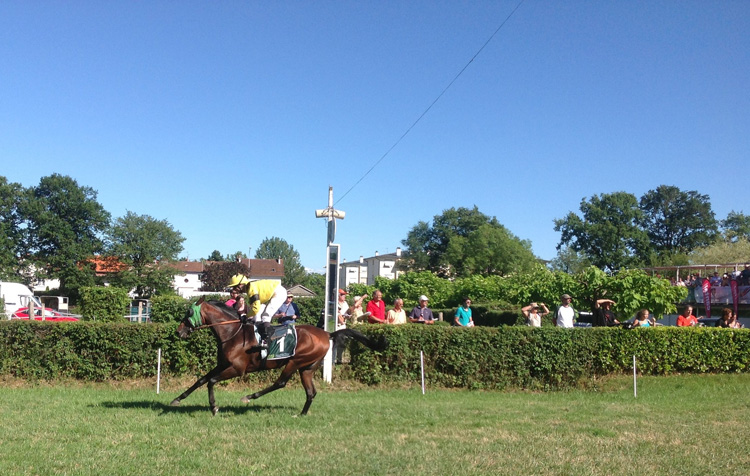 Sweden – Yaqoot kicked away from the rest of the field to claim a comfortable two and a half lengths victory in the 1730m Wathba Stud Farm Golden Cup at Jägersro Racecourse in Malmö, Sweden on Sunday. Donner battled on to take second place from Neira Royal who was relegated to third on the line.

The Scandinavian Arabian Racing Association officials said they are grateful to HH Sheikh Mansoor Bin Zayed Al Nahyan Global Arabian Horse Racing Festival for the generous sponsorship of Scandinavian Arabian racing. It goes a long way to promote the sport and the breed. The results are clearly seen as the sponsored races are held as part of both the Derby day and the Stockholm International Cup day race-card.

In France, Akkar, got up in the concluding stages to win the Wathba Stud Farm Cup at the Aurillac Racecourse in great style. Myrzam finished second and Vahina Du Loup came with a late run to take third on the line.

“I think Akkar has relished the surface and raced keenly,” said the winning jockey. “He ran a big race and didn’t look behind at any stage of the trip. He was always surprising me and provided the correct answers to all my questions and hopefully I will ride him again,” he added.

Trainer Eric Dell’Ova said: “Akkar is very easy to train and I have expected him to do the better work when it matters. The jockey gave him a great ride and hopefully he will come out in good shape to prepare him for the upcoming challenge,” he added.

“We are truly excited with the initiative of HH Sheikh Mansoor to promote the Arabian horse worldwide and Sweden is not an exception,” said a jubilant owner Ahmed Fegholi later.

“The move is paying dividends and the Arabian horse breeding and racing is on the rise. Even some Thoroughbreds owners are now considering adding Arabian bloodline to their stables thanks to the support of our patron HH Sheikh Mansoor,” he added.