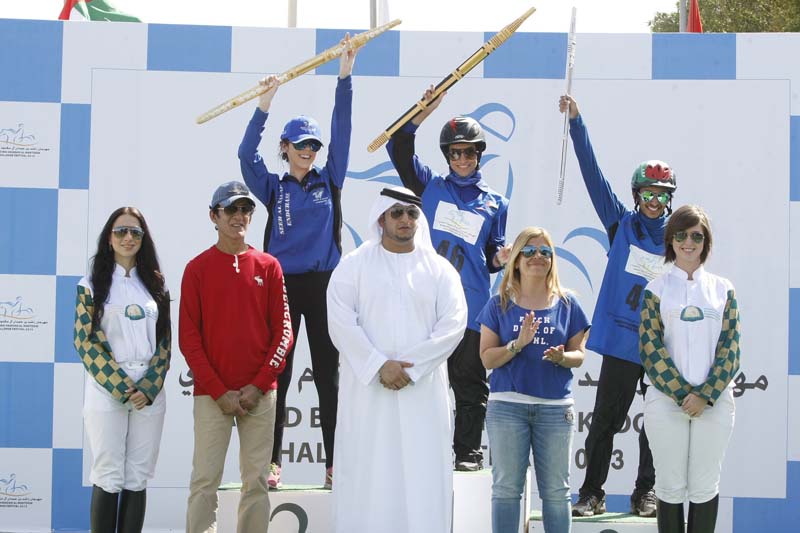 The top two riders and the third-placed Sheikh Hamed Dalmook Al Maktoum on Colonial Boy made a clean sweep by the Seih Assalam Stables in Dubai.
Dana said it was a tough ride as she faced stiff competitions from many strong horses in the final loop.

“I followed th e instructions of my trainer Ali Al Muhairi and made steady progress to final stage and was able to put up a good display to emerge the winner,” said the 21-year-old Dana. “This is my best finish though Hirstglen Horizon have registered many victories.

McAuley. “I am very happy with my second place in the ride. My previous best has been a top four since I took up the sport fours years ago. A fifth place was Nirida de Paute’s best before. 19-year-old McAuley is a student at the Jumeirah College Dubai.

“Today (Sunday) we will see some of the UAE top riders take part in the Giants Endurance Challenge, over a distance of 120 kmsThere will be a total prize money of DH 500,000 plus a Bentley car for the winner and two more cars for the second and third-placed riders,” said Ms Sawaya.