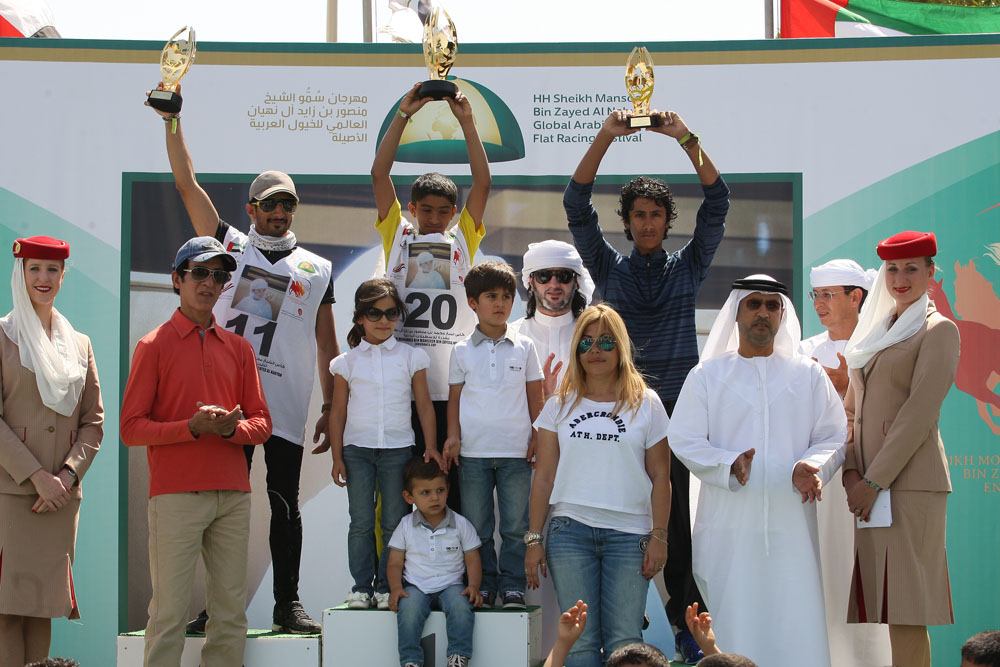 The 14-year-old had earlier won a 100-km ride on the same horse and had also won the President’s Cup for Juniors.

Khalifa and Leo completed the 100-km ride in a time of three hours and 41 minutes. Rashed Saeed Al Kamda on Ex Caliber was second while Saeed Ahmad Jaber Al Harthi on Rowallan Simon was third.

The winner got a car while all the riders who completed got a share of Dh 350,000 in the ride organized by the HH Sheikh Mansoor Bin Zayed Al Nahyan Global Arabian Flat Racing Festiva l.

“I am very happy with this victory which I give to my father. I followed his instructions,” Khalifa said after his win. His father Ali Khalfan Al Jahouri is a national team rider and trainer of endurance horses.

“Five kids were awarded two Emirates airline tickets for them to be accompanied by an adult each to watch AC Milan, a club sponsored by Emirates, play a game in Milan, Italy. They will be staying at the ‘Four Seasons’ Hotel in Milan and will get to meet the star players of the club and enjoy the facilities there,” she said.

The Sheikh Rashid Bin Hamdan Al Maktoum Challenge Festival will see over 150 horses compete in the 120-km Two Star ride on Saturday. The winner will get a car while all those who finish the ride will get a slice of the Dh 400,000 on offer.