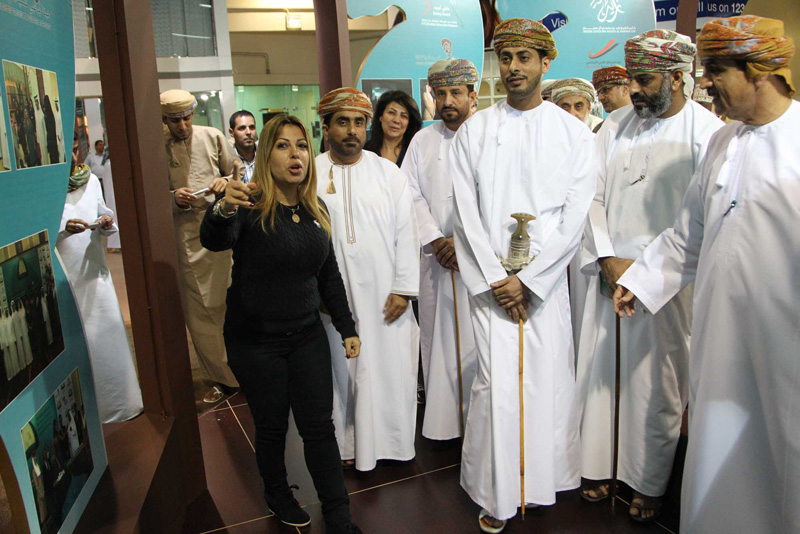 Twelve armature lady jockeys representing UAE, Oman, Qatar, Europe, USA, Australia and elsewhere make the line up for the inaugural race of the new season which starts from Oman and tour ten other cities around the world before ending up on the big night at the Abu Dhabi Equestrian Club during the month of November.

Speaking to newsmen during a press briefing at the Grand Hayatt Hotel Muscat, Asma Al Rahma, representing Emirates Airline welcomed the officials and participants and reiterated the commitment of the world leading company to continue its support to the sport of the kings. Khalid Abdulla, director of sports affairs at the General Authority of Youth and Sports Welfare, conveyed the greetings of the Minister of Culture, Youth and Community Development and Chairman of the authority Abdul Rahman Al Owais and his best wishes to the participants. On his part, Saif Al Rawahy from the Royal Cavalry welcomed the guests and organizers and wished the riders a very good luck.

UAE ambassador to Oman Abdul Redha Khouri said they are honoured to host the opening leg of the competition in Muscat.

“I would like to thank our brothers in the Sultanate for the generous hospitality and warm welcome. The great support for sports in the UAE comes under the directives of the wise leadership of His Highness the President Sheikh Khalifa bin Zayed Al Nahyan and his brother His Highness Sheikh Mohammed bin Rashid Al Maktoum, Vice-President and Prime Minister of the UAE and Ruler of Dubai, and Lt. General HH Sheikh Mohammed bin Zayed Al Nahyan, Crown Prince of Abu Dhabi and Deputy Supreme Commander of the Armed Forces and HH Sheikh Mansoor bin Zayed Al Nahyan, UAE Deputy Prime Minister and Minister of Presidential Affairs,” he said.

“I would like also to thank His Majesty Sultan Qaboos bin Said, God preserves him, for his great support for the equine sport and the Purebred Arabian horse breeding and racing,” he added.

“The festival is hosting 68 races around the globe. It has started in 2009 with four races which were increased to 17 in 2010 and 51 in 2011 and 61 in 2012. Abu Dhabi was elected the capital of the world’s women horse races by the world Arabian Horse Racing Authority IFAHR.

“A special heritage tent will be set within the racecourse where six ladies will be showcasing a number of popular dishes from the UAE.”

Meanwhile, Mubarak Al Nuaimi, director of foreign promotion department at the Abu Dhabi Tourism and Culture Authority highlighted the outstanding success of the festival at the Arabian and international arenas which eventually put the Arabian horse races in the heart of the international racing calendar