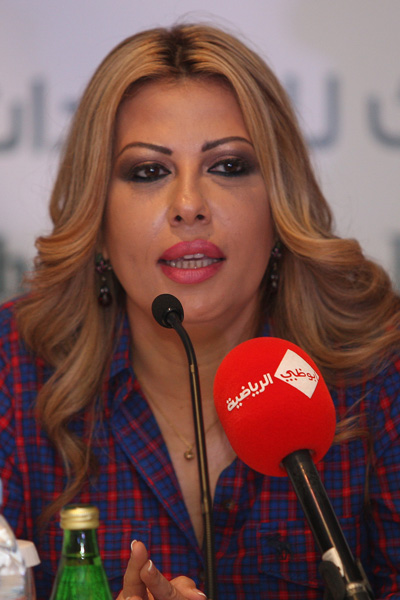 Paris – Lara Sawaya, director of the HH Sheikh Mansoor bin Zayed Al Nahyan Global Arabian Horse Flat Racing Festival has been elected chairman of the Ladies Racing at the International Federation of the Arabian Horse Racing Authority (IFAHR), it was announced here during the general meeting of the world Arabian racing body on Monday.

Sawaya has been working relentlessly over the last few years to promote the ladies races within the international organisation under the umbrella of the festival, including the HH Sheikha Fatima bint Mubarak Ladies World Championship besides the promotion of the Arabian races through the Sheikh Zayed bin Sultan Al Nahyan Cup, the Wathba Stud Farm Cup series, the HH Sheikha Fatima bint Mubarak EARS Conference and the World Arabian Horse Racing Conference which will celebrate its fifth anniversary in London 2014 next year.

According to Sawaya, she spare no effort to develop and improve the ladies races aboard the Arabian horses by employing the most recent and creative thoughts and ideas which are arrived at during the forums and conferences hosted by the HH Sheikh Mansoor bin Zayed Al Nahyan Global Flat Arabian Horse Racing Festival for the best interest of the Arabian horses.

“The HH Sheikha Fatima bint Mubarak Ladies World Championship IFAHR has made its mark and gave good impression about the festival around the world.

“This effort and success is the fruit of the directives and endless support of HH Sheikh Mansoor bin Zayed Al Nahyan, UAE Deputy Prime Minister and Minister of Presidential Affairs and HH Sheikha Fatima bint Mubarak, Mother of the UAE,” she said.

The executive council will meet in Abu Dhabi from November 6 to 12 where the chairmen of the sub-committees will be elected.