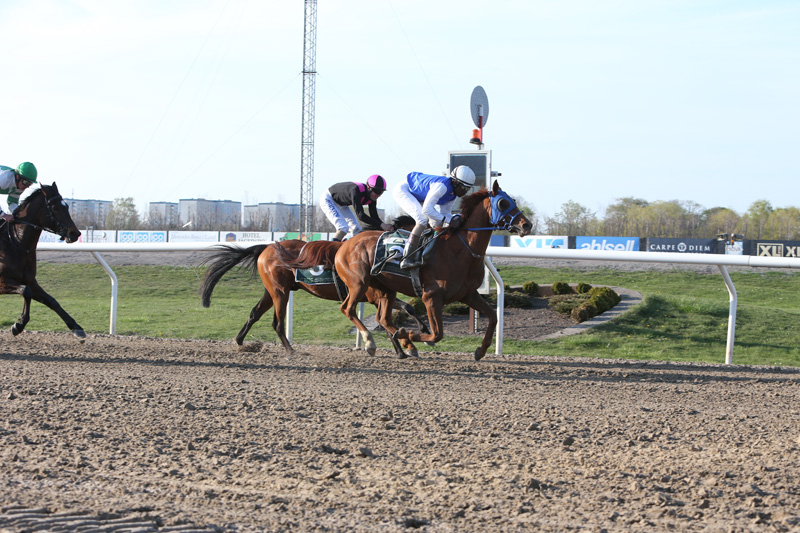 The Arabian Horse Racing Club of Belgium (AHRCB) has declared 14 runners to battle it to the wire in the Euro 5.000 Wathba Stud Farm Cup race to be held at the Ghlin Racecourse, Belgium on Monday. The event is organised under the directives of HH Sheikh Mansoor bin Zayed Al Nahyan, UAE Deputy Prime Minister and Minister of Presidential Affairs, as part of the HH Sheikh Mansoor bin Zayed Al Nahyan Global Arabian Horse Flat Racing Festival for three-year-old and above.

The lightly raced Madji, trained by Mrs. Regine Weissmeier looks good to get the job done should the four-year-old son of Dormane ex Badiaya manage to appreciate the 1500m distance of the race.

Having finished fifth twice in his only two starts this season, reports from the Germany-based Stall Eclipse Stables suggested that he’s in a very good form and should improve over his last two runs.

But, the contest is by means a one-horse race as there are plenty of contenders in with a chance to make their mark at the busy end.

The French-bred Lily Rose, a brilliant four-year-old daughter of Kairouan de Jos is also made two appearances early this year and finished 4th and sixth respectively.

“She has every chance to bounce back from her disappointing performance last time out and should improve over her recent form,” said the French trainer Miss Sandrine.

“It’s good to have her back to the track and hopefully she would be able to run well and finish in the top three,” she added.

“It’s a very competitive field. The festival is back again in Belgium and the owners, trainers and breeders are so delight to welcome the Wathba Stud Farm Cup in Belgium. The festival is amazing and there’s more to come from this noble creature,” she concluded.

Meanwhile, Lara Sawaya, director of the HH Sheikh Mansoor bin Zayed Al Nahyan Global Arabian Horse Flat Racing Festival and Chairman of the IFAHR Ladies Racing commented: “The festival is ready to support Arabian races for private stables and individual owners in any country. We will be working hard to develop such events with all means. The Arabian races are the main target to promote the Arabian horse worldwide and particularly in Belgium after a long stoppage, but they are back again and even stronger.”