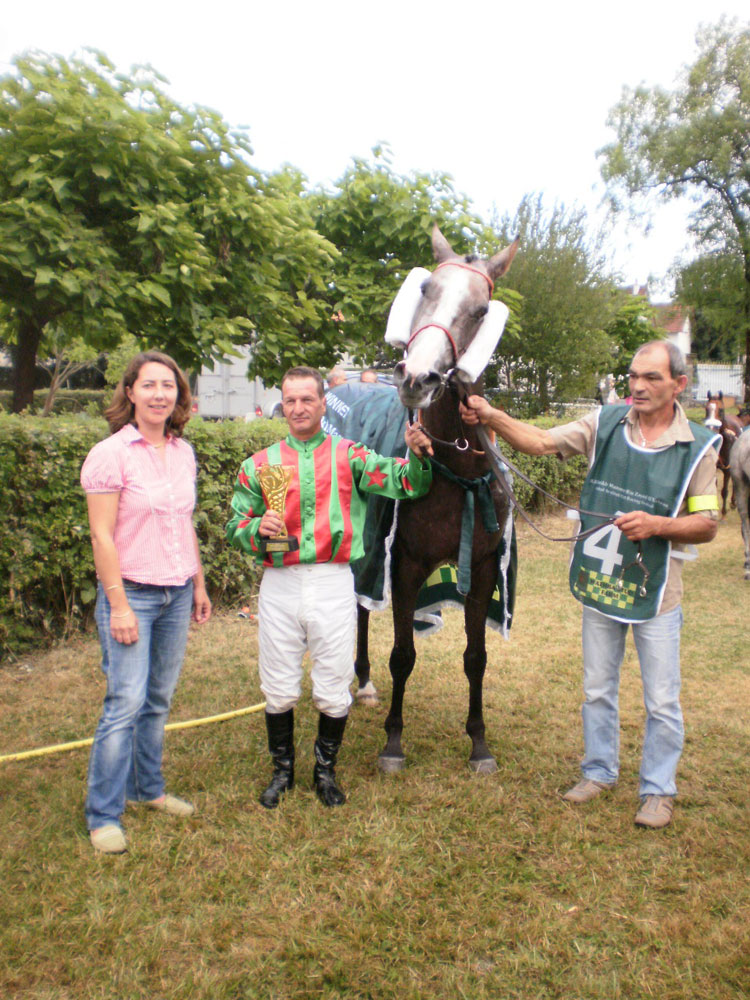 Joyous Dream, did everything right under Fabrice Billiere to claim the 10th round of the Prix Danbik – The Wathba Stud Farm Cup at the Aurillac Racecourse on Monday. The four-year-old son of Al Sakbe is trained by JF Bernard on behalf of owner Jean-Marie Baldy in France.

The Euro 15000 event was contested over a mile and a quarter and has attracted six runners going to post after the pull out of both Alsaklawiya and Aziz .

The winner covered the distance in 2:22:56 seconds to cross the finish line three quarters of a length ahead of runner up Kerim, ridden by Eddy Delbarba for trainer C. Baillet, and behind them came Al Manzoum in the hands of Thomas Forcy.

In the meantime, a quality field of ten runners representing Germany, Switzerland, France and other parts of the world make the line up for the 11th round of the Wathba Stud Farm Cup to be held at the Saarbruecken Racecourse in Germany on Wednesday.
The race is open for four-year-olds and above and will be run over 3000 metres and carries a total prize-money of Euro 3000.
Top weight Atoum Re, to be partnered by the F. X. Wegillancier, has every chance to make it a winning start for trainer Mrs. Regine Weissmeier and owner Mrs. Anika Daunheimer.

Dutch owner and trainer Miss Karin R. van den Bos saddles Djardokan, a well-bred son pf Sandokan, and has good chance to strike.
According to Abdulla Al Qubaisi, director of Communications at the Abu Dhabi Tourism and Culture Authority, the strategy of HH Sheikh Mansoor is delivering the goods and the great success of the Wathba Stud Farm Cup is a true fruit of this continued efforts and support.

Ms Lara Sawaya, director of the HH Sheikh Mansoor bin Zayed Al Nahyan Global Arabian Flat Racing Festival and head of IFAHR ladies racing reiterated that the owners and breeders from different parts of the world are showing great interest in sending their horses to take part in the Wathba Stud Farm Cup races thanks to the initiative of HH Sheikh Mansoor Bin Zayed Al Nahyan and the backing and encouragement of HH Sheikha Fatima Bint Mubarak, Mother of the UAE.