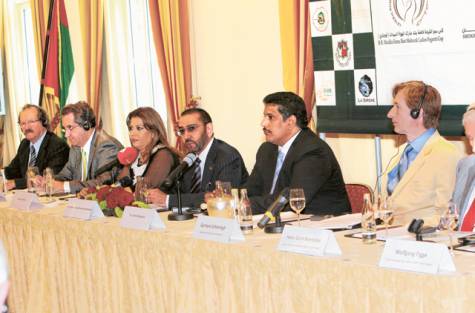 It will be the perfect advertisement for Purebred Arabian racing as the entire racing fraternity will have their eyes fixed on the 121st Grosser Preis von Berlin (formerly called the Deutschland Preis), a Group 1 contest worth €175,000 (Dh917,937) that returns to its original home, the Hoppegarten racecourse, after a gap of 65 years.

Mohammad Ahmad Mahmoud, UAE Ambassador to Germany, was at the head of a press conference held at the UAE embassy in Berlin to announce details of the Shaikh Zayed Cup.

There is a large presence of Purebred Arabian horses in the country and this move will help boost Arabian racing both in Germany as well as in Europe.”

Sawaya added: “This is a matter of great pride for us as the Shaikh Zayed Bin Sultan Al Nahyan Cup (Listed) makes its debut in Berlin on a historic race meeting.

This will be the first of two races that we will be organising in Germany and we are extremely pleased with the response so far to our move to support Arabian racing here in Germany.”