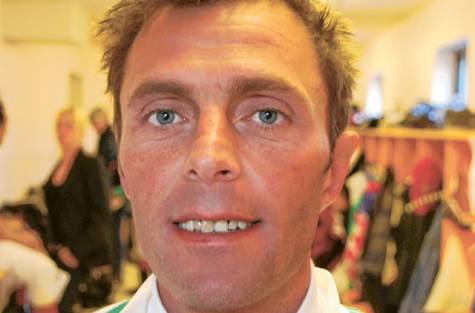 Johansson who was thrown from Gharaa before the start of Friday’s Wathba Stud Farm Cup Swedish festival-debut, at Jagercro racetrack in Malmo, said: “Since I started riding I’ve seen a big difference in Arabian racing, it’s certainly going forward now with initiatives like the Shaikh Mansour Festival and that’s what the sport needs.”

“Of course the money is now there, but this is not the only reason more and more top class jockeys are attracted to Arabians. If you get a good Arabian it’s just as good as riding a decent thoroughbred.”

Of his pre-race altercation with Gharaa, which was tipped as an exciting outsider for the €16,500 (Dh86,138) 1,730 metre group three PA race for four-year-olds, 58-60kg, Johansson said: “I just couldn’t steer him, he took off with me into the rail I jumped off to lead him back, but it took off again and I was left running beside it, I couldn’t hold him back.”

Joshua Brown and Al Dahis also dismounted their jockeys before the race, but only Gharaa was scratched from the 12-strong race-card.

Asked if Arabians had a different temperament to thoroughbreds, Johansson said: “They have a different action and they are not as keen or strong to ride, you notice the difference but as for awkwardness — mine was awkward but sometimes that happens, it happens with thoroughbreds also. I haven’t ridden enough to make a comparison but they are certainly fun.”