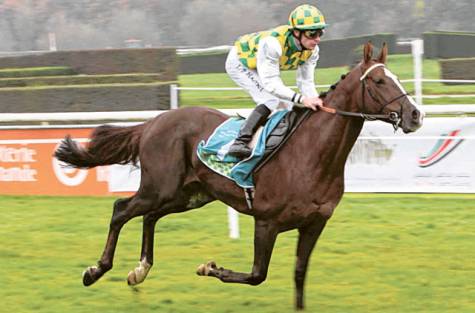 Rami, the five-year-old gelded son of Dormane, proved too good for his rivals when he won the Wathba Stud Farm Cup in October last year in Switzerland and now steps up in class to contest the Group 2 race staged by the Shaikh Mansour Bin Zayed Al Nahyan Global Arabian Flat Racing Festival.

Trained by Jean-Francois Bernard, Rami won four races last year and the French trainer had tipped him as a future star and today the Dormane son gets a chance against Saudi Arabian raiders Jallab Al Khalidiah and Naif Al Khalidiah and French runners Cambrydge and Scoubidou De Carrere, the latter also a winner of a Shaikh Mansour Festival race in the past.

The Shaikh Zayed Bin Sultan Al Nahyan Cup is part of the Shaikh Mansour Festival organised by the Abu Dhabi Authority for Culture and Heritage (ADACH) in association with the Abu Dhabi Sports Council and in coordination with Emirates Arabian Horse Society. Abdullah Al Qubaisi, Director of Communications of ADACH, said: “We are already in the third year of the Shaikh Mansour Festival series and this year the Festival has definitely got bigger and better.”

“Staging this race for the second straight year at the Toulouse Racecourse is a positive indication for the success of the Festival at this world Arabian horse breeding centre. I think the message of the Festival has been received and our objectives are almost accomplished,” he added.

Lara Sawaya, Director of the Festival said: “This is our second race here and the Group 2 status has ensured some of the best Purebred Arabians are running on Friday. The Festival’s races are growing in stature with each race and the aim of promoting Purebred Arabian racing is being met with great success.”