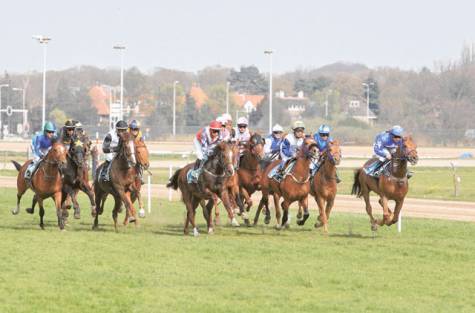 While Athlete de Sol started as the one to beat in the 13-horse field, it was Terach El Samawi which was guided into a good position midway through the 9-furlong race and then went on to win from Senankh BA with the favourite running into third place.

German owner Regine Weissmeier El Samawi said the horse was given the family name and it lived up with the win on Sunday.

“It is a great win and we fully appreciate the initiative of Shaikh Mansour Bin Zayed Al Nahyan, Deputy Prime Minister of the UAE and Minister of Presidential Affairs, to launch such races,” the winning owner said.

The German raider is now expected to take part in all the Wathba Cup races to be staged in Europe, according to the owner.

“Al Wathba Stud Farm has interfered at the right time to save the situation and the numbers of Arabian horses and races in Holland will be back to normal very soon.
“The Al Wathba Cup is the solution provider and the new lifeline for the industry worldwide,” said Al Qubaisi.
“Many small breeders and owners have sent their horses to this race in Holland and this is a huge achievement as this is just the beginning,” said Lara Sawaya, Director of the Festival.