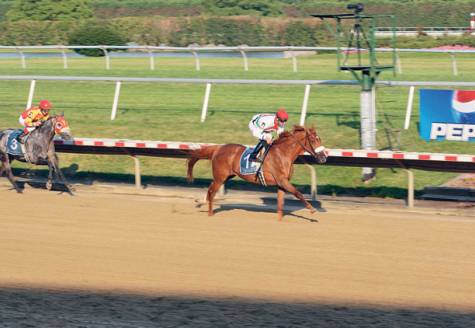 The 142-hectare Equestrian Sports Centre in Avenches is the horse capital of Switzerland and stages all equestrian events but today’s spotlight will be on the six Purebred Arabians which is expected to trigger off a renewed interest in Arabian racing.

“Both are trained by Jean-Francois Bernard and we are looking at a good run from them,” said Marcial Boisseuil, Manager of the Wathba Stud Farm based in Normandy, France.

Terska, a 5-year-old grey filly is yet to score ion three starts this year but will be hoping to regain her form that helped win three races last year.

Abdullah Al Qubaisi, Director of Communications, Abu Dhabi Authority of Culture and Heritage, said: “ADACH hopes that this first race in Switzerland will help revive and spread Purebred Arabian racing in this part of Europe.”

“Once again we have to thank Shaikh Mansour for his support and going by the success of the past races we are sure this will be a huge success,” he said.

“The Shaikh Mansour Festival and the recently-organised first-ever Arabian Racing Conference have re-ignited the interest in Arabian horse racing and breeding in Europe.

“We hope this debut race here in Switzerland will add to that success,” she said.