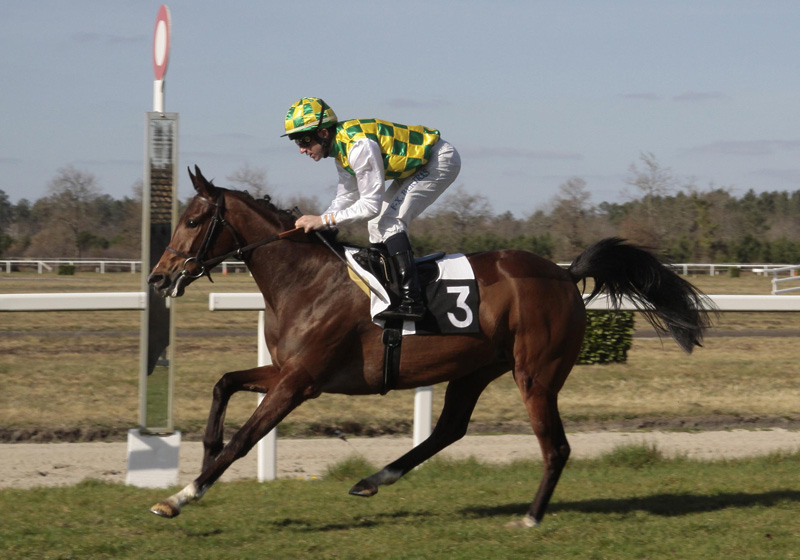 Salaamah, Jean-Baptiste up, will be difficult to beat as the well-bred Arabian colt lines up for honours in the Shaikh Zayed Cup at the Frankfurt Racecourse on Sunday.

The race is part of the fourth round of the Shaikh Mansour bin Zayed Global Flat Racing Festival.

The series got off to a strong start last November under the supervision of the Abu Dhabi Authority for Culture and Heritage at the Abu Dhabi Equestrian Club with a race scheduled in its very first meeting of the year.

The event is also be supported by the Bonyan International Investment Group, the Al Wathba Stud Farm and the Abu Dhabi Sports Council.

Lara Sawaya, Director of the Shaikh Mansour bin Zayed Al Nahyan Global Flat Racing Festival, said, “The series began in Abu Dhabi and extended to Holland, US, France and Germany. Our next stop over would be Poland and the final leg would be held in France.”

The fourth round will see top Arabian horses battling it out to the wire in the 1600m Shaikh Zayed bin Sultan Al Nahyan Cup which coincides with the 150th anniversary of the Frankfurt Racecourse. Unbeaten in his last three starts, Salaamah made virtually all to land ‘The Emirates Equestrian Federation International Stakes Group-2,’ in the hands of Jean-Baptiste by half a length from fast finishing Fawzi at Newbury last July.

Placed five times from nine starts, including a narrow second to Benny the Dip (beaten by a nose) over seven furlong, the consistent performer returned to his best to claim a long overdue victory. Saher is another interesting contender for the all conquering stables of Shaikh Mansour bin Zayed Al Nahyan. The home-bred consistent performer has never finished out of the scale in all of his starts and expected to go one better in today’s test.

Abdullah Al Qubaisi, Communications Manager of the Abu Dhabi Culture & Heritage Authority, said: “It’s a national pride for us to see the flag of the UAE flying in the skies of Europe. The Shaikh Mansour bin Zayed Global Flat Racing Festival has positively contributed to the promotion of the image of this noble creature. It’s not a matter of a beautiful horse which is acquired for its beauty and stamina alone, but it is a horse that has the qualities and speed of a racing horse.”

“Above all, I would like to thank our valuable sponsors Bonyan International Investment Group, Abu Dhabi Investment Company, Abu Dhabi Culture and Heritage and the Abu Dhabi Sports Council for their fruitful and active cooperation with the Al Wathba Stud in promoting the Shaikh Zayed bin Sultan Al Nahyan Cup and the equestrian sport in general.”

In the meantime, Talal Al Hashemi, representative of the Abu Dhabi Sports Council, noted that most of the European-based Purebred Arabian horses take part in the series and the owners, trainers and jockeys have the strong feeling that very soon the Purebred Arabian horse will become a major player in the racing community.

The same opinion was echoed by Stephen Boy, who attended the race on behalf of the Abu Dhabi Investment Company. “We are all proud as UAE have been carrying the image of the Purebred Arabian horse in a grand manner,” he said.