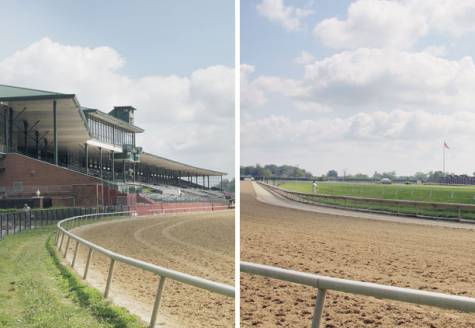 Wilmington, Delaware: Trainer Todd Pletcher is eyeing his fourth Delaware Handicap victory and the five-year-old Life At Ten her sixth consecutive win as the two hope to complete the mission in this $750,000 (Dh2.75 million) fillies and mares classic on Saturday.

The featured 73rd renewal of the Grade 2 thoroughbred race, which is one of the highlights of the racing here at Delaware, will be run just before the Shaikh Mansour Festival’s Purebred Arabian race for the Zayed Cup and a large turnout is expected to soak in the action.

Pletcher, who has won the Delaware Handicap before with Unbridled Belle in 2007, Fleet Indian in 2006, and Irving’s Baby in 2001 will equal the record of four wins in the Classic achieved by the late trainer, Henry Clark.

Pletcher, whose Take The Points had finished 5th in the $5 million Dubai Duty Free (Group 1) on Dubai World Cup night, has saddled Life At Ten to three wins this year which comes on the back of another two last year.

“It has always been a very good race for us and we have been fortunate enough to have very good luck in the Delaware Handicap,” said Pletcher.

“We have run nice mares in this race before and we think we are bringing a good one back this time, which obviously is in very good form. So we are really looking forward to this race,” he added.