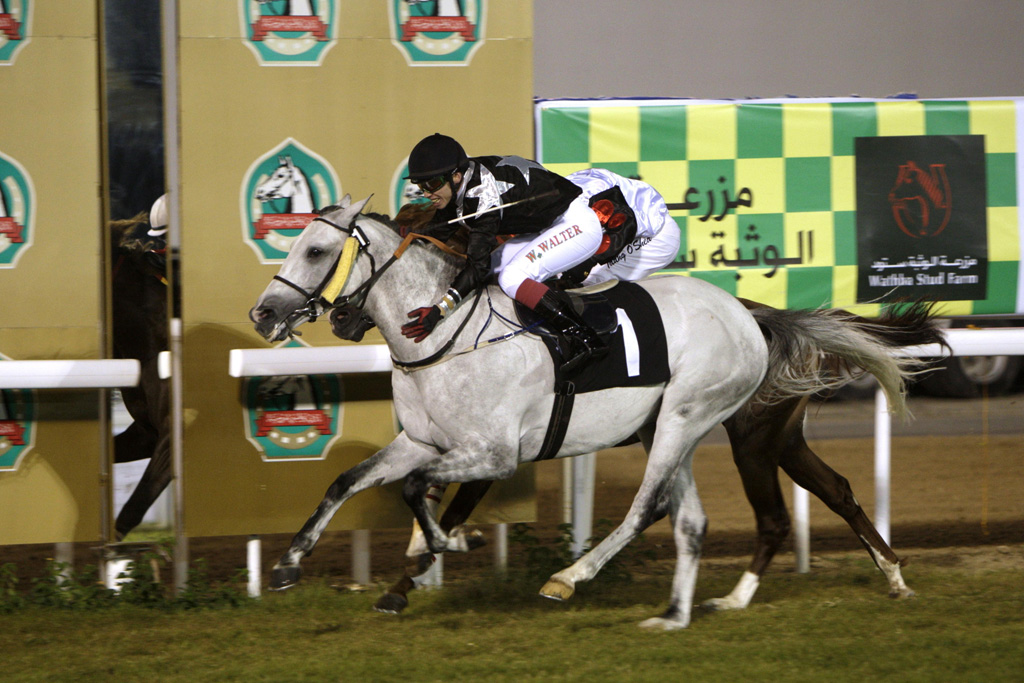 THE Abu Dhabi Equestrian Club  racecourse will witness, Al Wathba Stud Farm  for Private Owners race,  the second race in the series of the Abu Dhabi  Authority for Culture and Heritage Club’s  His Highness Sheikh Mansoor Bin Zayed Al Nahyan Global Flat racing, on Sunday. The race is reserved for four-year-old Purebred Arabian horses, owned by private owners only and it is by Abu Dhabi Spots Council.

The opening event on Jan.3 for four-year-old  Purebred Arabian horses, resulted in a win for AF Maqam Alezz in  Abu Dhabi.

“After successfully hosting the opening race, now the stage is being set for the second race in the series which has drawn a big   field,” said Abdullah Al Qubaisi, Director of Communications at the Abu Dhabi  Authority for Culture and Heritage.

“The festival affirms the values of celebrating the equestrian heritage of our fathers and the races highlight the importance of the equestrian sports,” he said.

“We are always keen to support all kinds of sports activities that will help preserve and consolidate our heritage and culture and we are delighted to be involved in the race ,” said Mahmood. “Speed and stamina have always been the salient features of the Purebred Arabian horses. It was these qualities that made the breed spread from the Middle East to other parts of the world, “said Mussalem Al Amiri, racing manager for  H.H.Sheikh Mansoor Bin Zayed Al Nahyan,

“ It will be good event for horses owned by privately owned horses  as it give the runners another opportunity to improve and reach better levels” concluded Amiri.