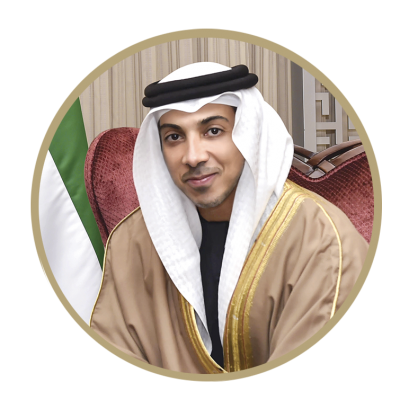 Son of the late Sheikh Zayed bin Sultan Al Nahyan, who is the founder of the United Arab Emirates. In 1971, he united the seven Emirates and created a country that now holds a position as one of the most advanced countries in the world.

Following in the footsteps of his father, HH Sheikh Mansoor Bin Zayed is credited with encouraging the locals to promote the Arabian horses. In light of which he established state of the art breeding and racing facilities in Abu Dhabi, designed to raise and care for horses from an early stage and develop them into a racing athlete, and as such allowing for the preservation of the unique breed of Arabian horses and equestrian link inherited over generations in the Arabian Peninsula.

HH Sheikh Mansoor bin Zayed Al Nahyan’s Racing Festival was launched for the first time in 2009, as directed by His Highness Sheikh Mansoor bin Zayed Al Nahyan, Deputy Prime Minister, Minister of Presidential Affairs and Chairman for the Emirates Arabian Horse Society. It is an important factor in the increased diversity of the activities of pure-bred Arabian racing. The Festival aims to continue the considerable efforts made by the late Sheikh Zayed bin Sultan Al Nahyan, in the context of the preservation of heritage and traditions.

Our vision is to get international recognition to the Arabian Racehorses, breeders, owners and professionals in the world. Sponsorship of races in different countries, promoting the ultimate athlete “Arabian Horse”, and educating the general public while getting the next generation involved in racing Arabian horses.

Recognition of His Highness Sheikh Mansoor Bin Zayed Al Nahyan and his contribution to the world of Arabian Racing legacy.